I have the feeling that this book was already a little rough, but after it fell out of its owner’s bike basket, he brought it to me for repair. The missing spine revealed that rather than sewn with thread, this book is held together with staples. 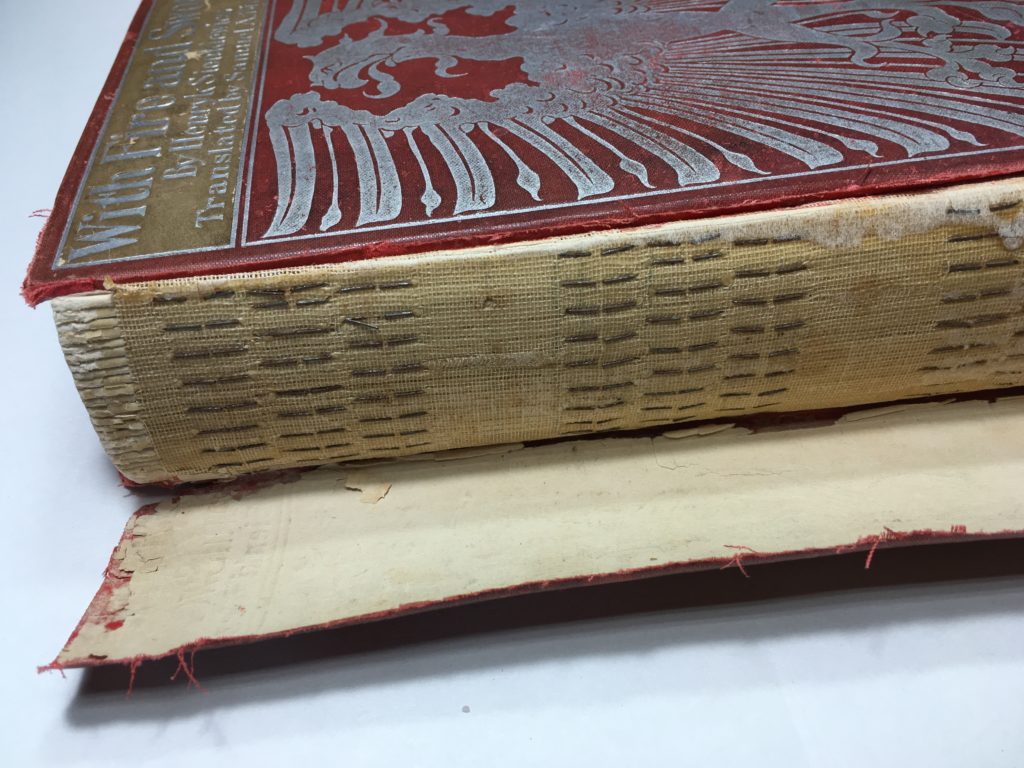 Over time, staples will rust and become brittle, can discolor the paper, and are prone to breaking. Depending on the book, it can be a good idea to remove them and resew the book with linen thread. Due to the time and cost involved, though, the owner decided to leave the staples in, which is fine.

At some point, the front flyleaf became rather firmly adhered to the pastedown, partially obscuring the bookseller’s stamp. 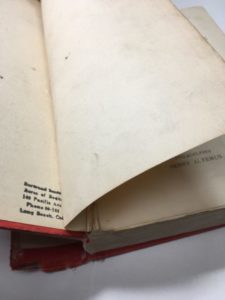 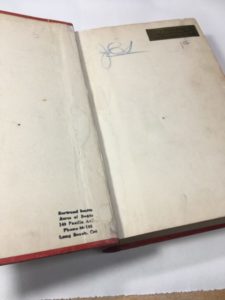 I love to see these old guys looking – not new – but solid and strong. 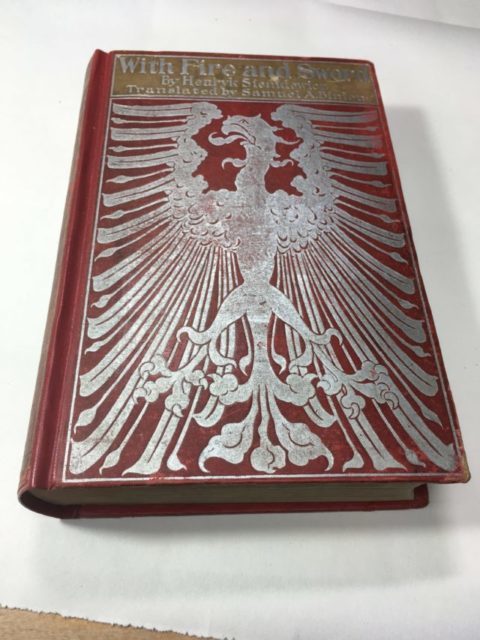 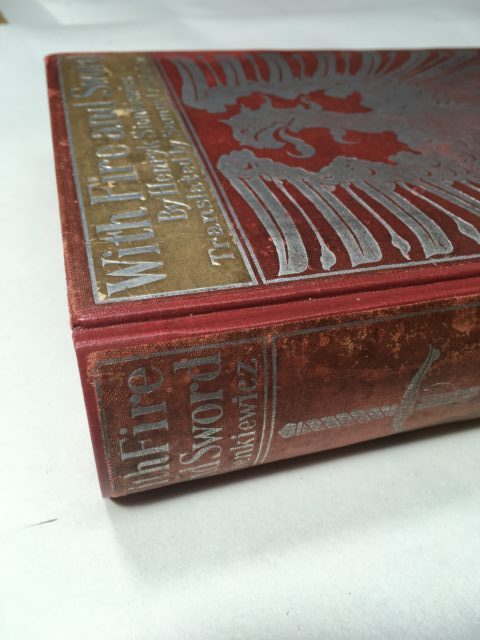